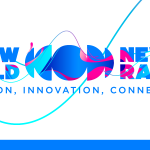 Every year on Feb. 13, audio broadcasting is celebrated globally as World Radio Day. Proclaimed in 2011 by the Member States of UNESCO, and adopted by the United Nations General Assembly in 2012 as an International Day, February 13 became World Radio Day (WRD). Radio is a powerful medium for celebrating humanity in all its […]