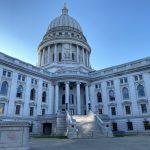 Governor Tony Evers issued 9 new pardons today, bringing the total number of pardons issued during his first term up to 65. Under the Wisconsin Constitution, the governor is granted the power to pardon, but not expunge, individuals who have been previously convicted of a crime. Former Republican Governor Scott Walker issued zero pardons during […]