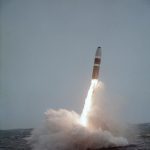 In 2015, a group of seven peace activists, some of them grandparents, broke into a U.S. nuclear submarine base and performed acts of civil disobedience to protest the government’s policy on nuclear war. Now known as the “King’s Bay Plowshares 7”, the group is headed toward trial, and their defence is being squelched by the […] 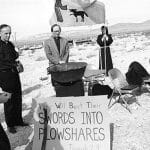 Sister Megan Rice, an 86 year-old anti-nuclear activist and Roman Catholic religious sister of the Society of the Holy Child Jesus and former missionary, talks about her experiences with Father Daniel Berrigan and her own acts of civil disobedience.