DUO KLAVITARRE is a married couple of musicians – Joanna Ziemska playing piano and Maciej Ziemski on acoustic guitar, both from Poland where they studied at Lodz Academy of Music and now they are based in Bremen, Germany. They have been performing as a duo for last 15 years, touring around the world, including several […] 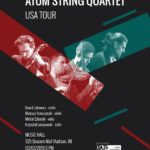 As the part of their first USA tour, the band will perform mix of their own compositions, folk music inspired tunes, Polish jazz classics by jazz violinist Zbigniew Seifert as well pieces by classical composers by Witold Lutoslawski and Krzysztof Penderecki. Atom String Quartet is one of the most intriguing string quartets in the world, […] 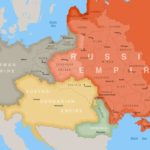 November 11, 2018 marks centenary of Poland’s Independence after 123 years of absence from the map of Europe as a result of being partitioned by its neighbors: Russia, Prussia and the Austro-Hungarian Empire. Poland regained independence through a long, persistent fight (including several Uprisings) and the steadfastness of the Polish people maintaining their culture, language, pride, customs, and beliefs despite living […]