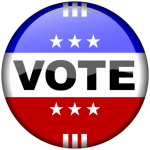 As Wisconsin’s elections approach, one non-profit is calling for voters to start talking about race. On the eve of last week’s primary, the group Kids Forward declared the start of a new campaign, called Race to the Polls. Spokesperson Wenona Wolf says it’s really more of a movement. “The real goal of the campaign is […]