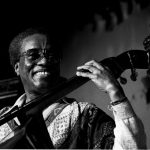 Join the party and listen to the archive of Strictly Jazz Sounds for Thurs April 15 as host Chuck France honors the 91st birthday of NEA Jazz Master and Professor Richard Davis. You’ll hear music and interview clips from the Richard Davis archives covering his 7 decades of performance on the double bass throughout this […] 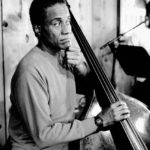 Peter Dominguez is Professor of Jazz Studies and Bass Performance at Oberlin conservatory and College Director of the Milt Hinton Institute for studio bass. He was Richard Davis’ first graduate student at the university and the mastermind behind the Richard Davis Foundation for Young Bassists. He joins us in advance of  “A Concert for Richard,” […] 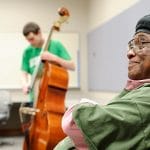 Richard Davis has had a storied career in jazz.  Named a National Endowment for the Arts Jazz master in 2014, Davis has performed and recorded with jazz luminaries such as Dizzy Gillespie, Eric Dolphy, Milt Jackson, Rahsaan Roland Kirk, David Murray, Andrew Hill and Sarah Vaughn, but also with rock stars such as Van Morrison […] 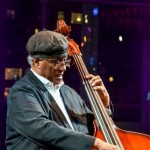 On this Thursday’s edition of “Strictly Jazz Sounds,” I’m interviewing the great Richard Davis. Why? April 15, is the birthday of this renowned bassist and NEA Jazz Master. I’m interviewing during the 3:00pm hour CDT. He turns 86. Davis continues to be a professor of jazz at the University of WI-Madison, performs and pours his […] 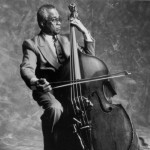 Richard Davis joins the Tuesday 8 O’Clock Buzz and host Haywood Simmons to talk about his career as an international performing musician and Professor of Bass, Jazz History and combo improvisation at the University of Wisconsin-Madison.