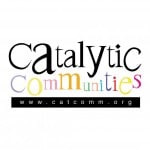 In Brazil, “Favelas” are unplanned, unregulated, spontaneous communities and neighborhoods built by residents who take matters into their own hands to build the housing they need. Often translated as “slums,” favelas have an unsavory reputation — a reputation that, according to our next guest, is not deserved. As Brazil prepares for the 2016 Olympics in Rio de Janeiro, thousands of favela residents have been evicted and seen their homes destroyed to make way for Olympic facilities. Theresa Williams is a city planner, author and founder of Catalytic Communities, a nonprofit focused on legitimizing informal settlements such as Rio’s favelas. 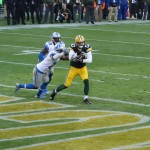 Liz DiNovella interviews Dave Zirin, Sportswriter for The Nation, about the Packers season and the upcoming playoffs. Theit discussion turns to sports-related injuries, and discuss the cultural impact on Brazil of the upcoming Olympic Games.