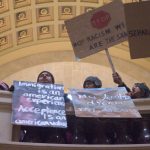 On June 18, 2020, the U.S. Supreme Court ruled that the U.S. Department of Homeland Security acted in an arbitrary and capricious manner when it unilaterally ended the Deferred Action for Childhood Arrivals (DACA).  The 5-4 decision effectively saves the DACA program, but leaves the door open for the Trump Administration to take another shot […] 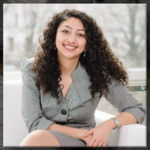 The Trump Administration’s assault on immigrants reached a fever pitch this month. After widespread outcry,  the U.S. Immigration and Customs Enforcement agency and federal courts attempted to reunite children, many as young as one year old, with their parents seeking asylum in the United States.  Observers, including federal legislators, have reported widespread abuse at the […] 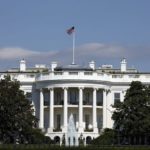 In this three-part program, today’s theme focuses on responding to President Donald Trump’s recent executive orders and how they will effect citizens. First up, Shabnam Lotfi discusses Trump’s travel ban on seven predominantly Muslim countries. Lotfi is a University of Wisconsin Law School graduate who specializes exclusively in immigration law. Over the past few years, she […]