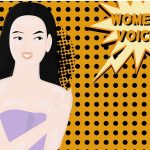 Research has shown time and again that women’s voices are judged more harshly than men’s. For example, on the campaign trail, presidential candidate Hillary Clinton was criticized for having an off-putting “shrill” voice. Younger women are often mocked or taken less seriously for their use of “vocal fry,” which became headline news in 2015 and […]