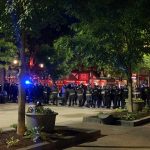 Late Saturday night, Mayor Rhodes-Conway issued an emergency proclamation, six hours after an evening of violence, looting, and conflict between agitators and police officers had begun downtown. The emergency proclamation enabled the mayor to issue citywide curfews. And while the city has been under a curfew for the past four nights, that did not quell […] 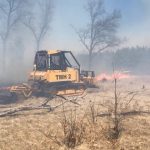 The National Weather Service is predicting Elevated Wildfire Conditions for Wisconsin this year. In response, Governor Evers has declared a State of Emergency. WORT producer Jonah Chester sat down with Catherine Koele, a wildfire prevention specialist at the Wisconsin Department of Natural Resources, to discuss how the agency is planning to fight wildfires during the […]