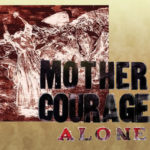 You may not have seen a play by German playwright Bertolt Brecht, but you’ve most assuredly seen a piece of theater, cinema or even sideshows or vaudeville that have been influenced by him.  Brecht transformed twentieth century theater with the idea that actors on the stage could not merely entertain, but could provoke, at the […]