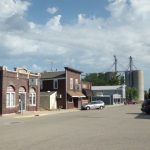 A radio series exploring the 1832 conflict between Native Americans and the US government. In the Summer of 2016, Helena White re-traced the journey taken by Sauk Chief Black Hawk and 1,500 men, women and children in 1832 who were attempting to reclaim their territory in Northern Illinois that was ceded in a treaty they […]