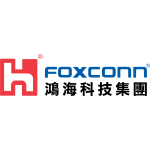 In 2017, as the state of Wisconsin considered the wisdom of spending an unprecedented three billion dollars to entice Taiwanese screen manufacturer Foxconn to the state, then-governor Scott Walker told critics of the deal to “go suck lemons.”  A “lemon” may end up describing the Foxconn project itself, as Foxconn continues to scale back its […]