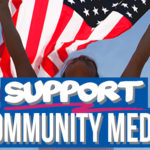 According to a document uncovered by The New York Times, Trump’s new budget director, former Representative Mick Mulvaney has proposed eliminating all funding to the Corporation for Public Broadcasting. In 2016, WORT received $92,971 in direct grants from CPB (about 14% of the station’s total revenue.) WORT’s operating budget is already razor-thin and the loss […]