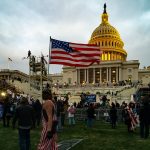 On Saturday, February 13, the U.S. Senate, by a 57-43 vote, found former President Trump guilty of charges of “willfully inciting violence against the Government of the United States.”  The margin, however,  fell ten short of the 67 votes needed under Article II, Section 4 of the U.S. Constitution to convict under impeachment proceedings.  Senate […] 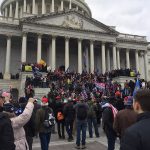 On Friday, January 6th, the newly sworn-in 117th U.S. Congress undertook the normally ceremonial task of certifying the votes of the Electoral College for the 2020 Presidential Election. This year, however, was anything but normal.  Hundreds of Republican representatives and senators were prepared to object to the certification. Earlier in the day, President Trump spoke […]