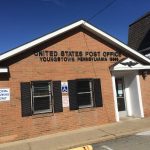 Eight million American households do not have a bank account — but did you know that for half of the 20th century Post Offices provided banking services, until banks lobbied against it. Christopher Shaw, historian and author of a number of postal banking articles including “Could Postal Banking Address Inequality in the Financial System?” talks […] 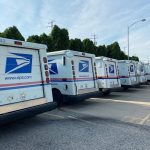 Postal Christmas volumes are surging predictably, sometimes resulting in delayed delivery.  Parcel numbers have increased dramatically during the pandemic as customers seek to avoid in-person shopping and order on-line or through catalogues.  A new Amazon distribution center located just a block from the main Post Office on Milwaukee Street in Madison is absorbing some of […] 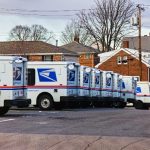 “It’s a logistics story first and foremost, but it’s been reported as a Donald Trump story,” says journalist Alex Shephard of all the recent reporting on the United States Postal Service. “When you look at the full story of why the USPS is in crisis, it’s much more complicated and interesting.” Today on the show, […] 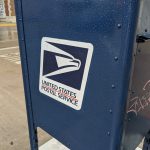 Last month, amid mounting public and political pressure, U.S. Postmaster General Louis DeJoy announced that he would be delaying changes to the postal service until after the November election. The move came after growing delays in delivery times, a result of DeJoy’s changes to the USPS. But, for some, the temporary postponement wasn’t enough. Earlier […] 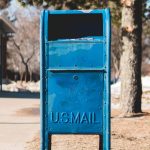 The United States Postal Service continues to face a financial crisis in the midst of the pandemic and the upcoming presidential election as more and more voters consider mail-in ballots for health and safety. For today’s show, Allen looks at the origins of this crisis and billionaire Charles Koch’s efforts to privatize the USPS since […] 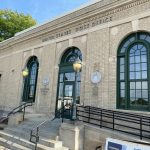 As Postmaster General Louis DeJoy defended his changes to the USPS in front of the House Oversight Committee, our host Patty Peltekos explores the how those changes hurt middle-class families with Economist Monique Morrissey. Monique Morrissey is a economist with Economic Policy Institute in Washington, DC. She has expertise in retirement security, labor markets, and […]