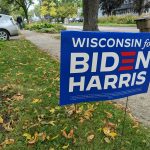 Last night’s vice presidential debate was a much calmer affair than President Donald Trump and Joe Biden’s showdown last week. But, the VP debate wasn’t without its own flaws–as the two candidates skirted questions, falling back on campaign trail rhetoric instead of engaging in a nuanced discussion of public policy. To dissect last night’s debate, […]