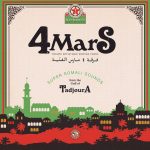 The country of Djibouti declared its independence from France in 1977, with few resources and ethnic divisions fomented by their former colonial master. Historically, Djibouti’s unique location at the narrowest southern point of the Red Sea puts it at a historical crossroads of trade, peoples, and cultures from Europe, Asia, and Africa. Like other African […]