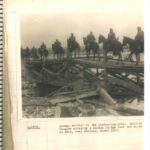 On November 11, 1918, the Allied Forces and Germany signed an armistice agreement ceasing hostilities in what was then known only as “The Great War,” but we now remember as World War I.  As the 100th anniversary of the end of the “War to end all Wars” draws near, WORT reporter, host of On the […] 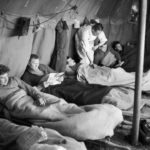 World War I started in July of 1914 as the result of conflict between 2 sets of allies: Germany, Austria-Hungary, Bulgaria and the Ottoman Empire, versus Great Britain, France, Russia, Italy, Japan and ultimately, the United States. Serb nationalist, Gavrilo Princip, assassinated Arch Duke Franz Ferdinand and his wife Sophie in June of 1914, and this […]