The first Wisconsin Iranian Film Festival, held a year ago, was a huge success.  So much so, that organizer Hamidreza Nassiri scheduled a follow up for February of 2018.  He lined up seven feature films and seven shorts from Iranian directors and once again, the Madison audience responded with enthusiasm.  The only problem was, the […] 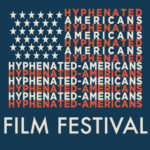 Historically, the term “hyphenated-American” was a derogatory epithet used to discriminate against foreign born citizens and immigrants and discourage them from showing pride for their culture. Even today, terms like Asian-American or LGBT-American, are still used to separate, and marginalize minority identities because being a “hyphenated American” suggests being a lesser American also. But identity […]