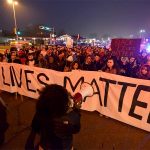 On December 27, 2014, Brandi Grayson addressed a crowd of almost a thousand as they blocked traffic on Madison’s East Washington Avenue.  The Young Gifted and Black Coalition organized dozens of similar protests in the wake of a Race to Equity report that condemned racial disparities in Madison and Dane County and later, in response […] 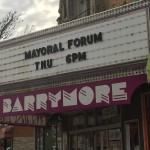 MADISON (WORT) — Madison Mayoral candidates Paul Soglin and Scott Resnick held their last public forum Thursday night at the Barrymore Theatre. The candidates were asked about range of issues affecting the City of Madison but members of the Young, Gifted, and Black coalition had other ideas. 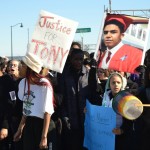 MADISON (WORT) — Hundreds of Madison students walked out of class Monday to protest the police shooting of 19-year-old Tony Robinson. Students from Madison East, Madison West, and other area high schools then marched to the Wisconsin State Capitol. 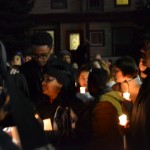 MADISON (WORT) — A candlelight vigil was held Sunday evening for Tony Robinson, the unarmed 19 year-old who was fatally shot by a Madison police officer on Friday. Madison Police officer Matt Kenny shot Robinson in the chest following a confrontation at an apartment on Williamson Street. 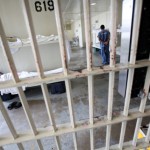 MADISON (WORT) — After months of public discussion and debate, five Dane County Board Supervisors have introduced a resolution aimed at comprehensive reform at the Dane County Jail. 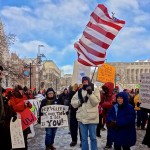 MADISON (WORT) — On Saturday, 800 people assembled on the Library Mall to protest proposed cuts to the University of Wisconsin system. Helena White was there.