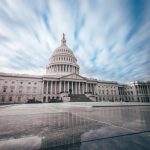 Earlier today, a mob of armed, Pro-Trump terrorists attempted to seize the U.S. Capitol Building. Their intent was to prevent a joint session of congress from certifying the electoral college for President-elect Joe Biden. A number of reporters were on the ground to cover the confirmation hearings and pro-Trump protests, including Zach Schonfeld an editor […]