On February 18th and 19th, Minnesota-based American bluegrass/rock band Trampled By Turtles will be playing two special shows at The Sylvee. On Friday, they will be playing their 2010 album Palomino in full and will follow it up the next night with a complete playthrough of 2012’s Stars & Satellites. On both nights they will be supported by singer-songwriter & Americana pioneer Langhorne Slim.

On the February 12th edition of the XL II 90 Live Music Radio Hour, NuFone Rick had the opportunity to speak with both Dave Simonett of Trampled by Turtles and Langhorne Slim. They discussed the upcoming shows, the power of live performances, and the impacts of the last two years on their music and lives. The show also played live tracks from Langhorne’s 2021 album Strawberry Mansion and dug into the rich archival history of Trampled By Turtles’ live performances right here in Madison.

Trampled by Turtles includes the core lineup of Simonett on guitar and lead vocals, Tim Saxhaug on bass, Dave Carroll on banjo, Verona-native Erik Berry on mandolin, and Ryan Young on fiddle. Joining the band recently has been Eamonn McLain on cello and backing vocals. Originating in Duluth in 2003, the band has risen to national prominence, releasing 9 albums and making headlining performances at major venues and festivals across the country.

After its release in 2010, Palomino debuted at number one and stayed in the Top 10  for bluegrass charts for 52 weeks straight. The album is a strong showcase of the band’s blend of bluegrass instrumentation and a punk rock energy and sensibility, from the blistering “Wait So Long” that opens the record to the finger-workout of “New Son/Burnt Iron”, the record crackles with the energy that has made many of these tunes crowd favorites of the live show. There are mellower, soulful cuts as well, such as the standout “Gasoline”. But Palomino works so well because it really bridges the band’s frenetic energy on earlier albums with the more mature, reflective compositions to come.

Following up on the success of Palomino, 2012’s Stars & Satellites strikes a more contemplative tone. The pairing of album openers “Midnight On The Interstate” and “Alone” found the band stepping back from the frenetic pace of previous albums, opening more space for themselves and the listener to step back and think. “High Water”, “Beautiful” and “Widower’s Heart” add to the inward, thoughtful nature of the album, while “Risk” and “Sorry” bring some familiar Trampled energy. As a whole, Stars & Satellites is one of the perfect albums for listening to late at night on the highway, driving towards life’s next adventure.

Madison, WI is a frequent stomping ground for Trampled, with the band having played almost every venue in town. During the interview, Dave Simonett discussed their first stop in town at the now-closed Mr. Robert’s, one of their first shows on the road outside their hometown of Duluth. “We were just starting to branch out from Duluth. We had played Minneapolis and a few other shows. Madison was one of the first times we kind of left what felt like our neighborhood.” reminisced Simonett. “It was a really special tour experience for me. We were in a town where I knew no one…I vividly remember walking into that bar and feeling intimidated by it. It felt like a next step for the band, where we had gotten the gig without having our friend own the bar like when you are just starting out.”

Langhorne Slim is a singer-songwriter currently based in Nashville who has produced 10 albums & EPs since 2004. In 2021, he released Strawberry Mansion, a personal collection of songs that truthfully deals with the challenges and struggles of life, both before and after the pandemic. In capturing the challenges of recovery, the songs

In their conversation, Langhorne talked about the way in which the songs on Strawberry Mansion represented the culmination of his own recovery and served as a reawakening of that inner fire to write songs. “When I was making that record, I hadn’t finished writing a song in about a year. What I found was that when the songs started coming to me… that was the most song I had written, and I had written all of those songs and a handful more in two months. Which was a beautiful experience in and of itself, because I had just gotten sober again. Like many others do, I feared that I wouldn’t, which goes back to the irony of it, I couldn’t finish anything while I was getting high again, but when I stopped doing that I feared I wouldn’t be able to finish anything and turns out I was able to finish quite a few songs. And in that experience, I wasn’t writing any of those songs with an expectation that they would be recorded for a record or that I would tour and play them. They were really just companions, more so than anything I’ve written in my life.”

The XL II 90 Live Music Radio Hour airs every Friday night from 12 AM to 2 AM right here on WORT, your home for live music. 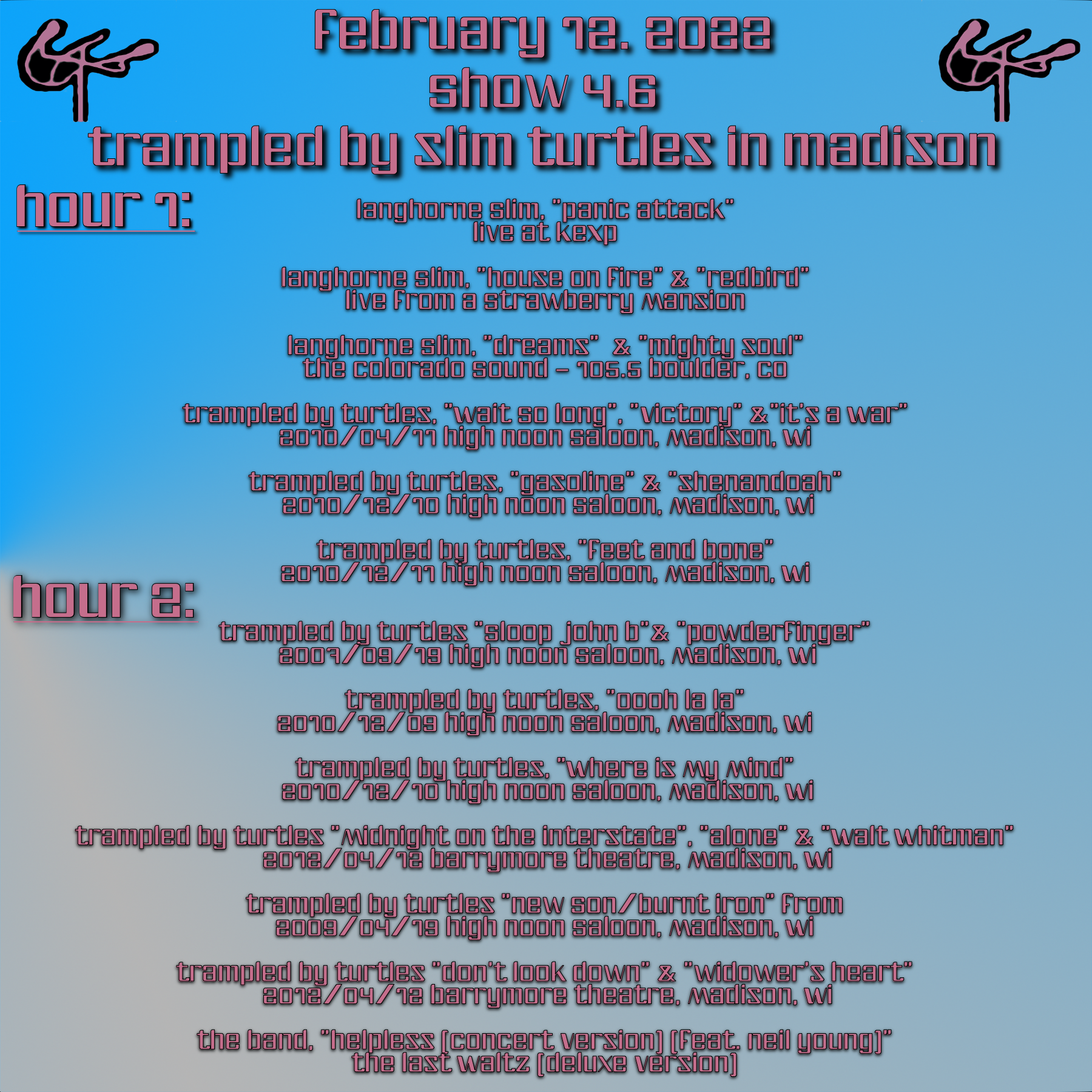 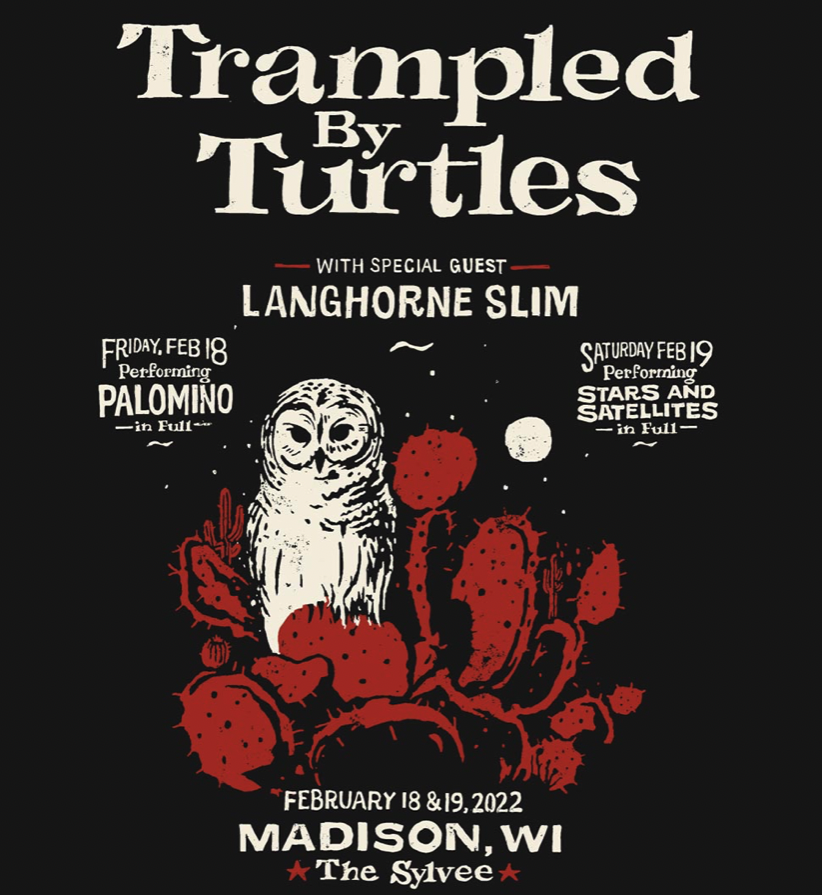