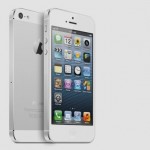 In the Friday October 12 Tech Report, host Jonathan Zarov spoke with Sandee Seiberlich about the newly released iPhone 5. Says Sandee, “It is a much faster processor, and it has a nicer display. With its release came the release of iOs 6 – which will affect a lot of people.” All iPhone users from 3GS and up and those with the generation 4 iTouch can upgrade to this new operating system.”

Sandee discusses several improvements and features that come with the new phone.The iPhone 5 is taller, thinner, and has a higher quality resolution than before. It is also lighter and weight, has a 4 inch screen that enables one to fit an extra row of icons on the screen, and now has aluminum on the back instead of glass. The design of the earbuds has also changed so as to better fit the ear. Apple is also trying to make facetime for video call. Among some of the controversial decisions includes the replacement of Google maps with Apple maps, and the fact that YouTube no longer appears as a standard application on the screen: it must be added by the user.