We just turned 47! Your generous donation will guarantee we make 48 -- click here to donate.
Skip NavigationMenu
Friday, January 31, 2020, marked the 74th anniversary of the birth of rock guitar legend Terry Kath (founding member of the group Chicago) and D.J. el Serpentine observed the occasion with a special Terry Kath Tribute Show on “The Rattlesnake Shake”, 8:00 to 11:00 pm (CST) on WORT-FM. This was the 6th Terry Kath tribute special produced by D.J. el Serpentine (Sal Serio) for WORT, which in the past has featured exclusive interviews with Chicago members Walter Parazaider, Lee Loughnane, and Danny Seraphine, additionally Michelle Kath Sinclair (Kath’s filmmaker daughter), John Carsello (studio manager of Caribou Ranch),  Nanette Haynes (admin of the Official Terry Kath Fan Page on Facebook), as well as Al DeCarlo and Dennis Polkow of the group Madura, and guitarist Dawayne Bailey. The 2020 WORT-FM Terry Kath Special again included special guests, and rare archival performances of Kath with Chicago.
From now until February 14, you may hear the 2020 Terry Kath Tribute Special on WORT’s online archives. Go to the following link, and scroll to “Friday On My Mind” for January 31, and click “Play”. http://archive.wortfm.org 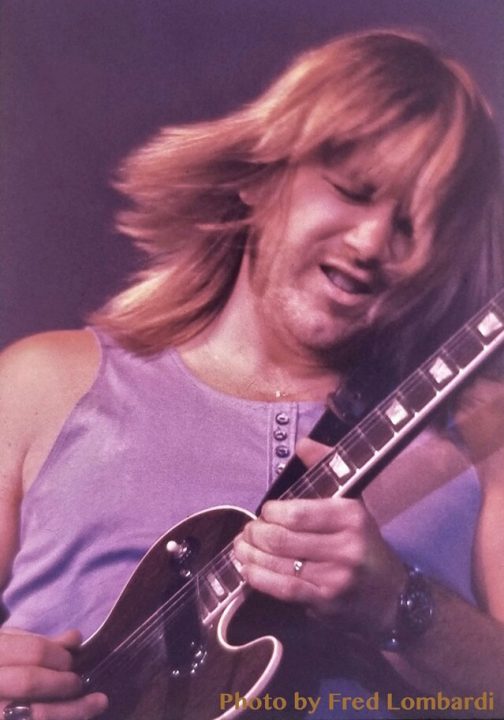 Kath was born in Chicago, IL, on January 31, 1946, and passed away in Woodland Hills, CA, January 23, 1978, after a senseless accident with a firearm that he presumed to not be loaded. Many rock fans of the 1960s and 1970s considered Terry Kath to be the driving force of the group Chicago, as his lead guitar solos earned him accolades from peers as significant as Jimi Hendrix and Joe Walsh. Kath’s compositions such as “Introduction”, “In The Country”, “Oh, Thank You Great Spirit”, “Once Or Twice”, and “Takin’ It On Uptown” kept Chicago grounded in a more hard rock and blues sound while the group found sudden success and eventually became a pop AM-radio staple. Kath’s lead vocal is featured on the Chicago smash hit singles “Make Me Smile”, “Colour My World”, “Wishing You Were Here”, and “Dialogue (Parts 1 & 2)”.

Kath’s daughter Michelle Sinclair, just two years old when he passed, produced and directed a film about her quest to learn more about the father she never knew. “The Terry Kath Experience” (working title “Searching For Terry, Discovering A Guitar Legend”) made it’s world premiere at the 2016 Toronto International Film Festival, and was released worldwide in late 2017 via the DVD format and several showings on AXS TV.

Below is a brief timeline of significant events in the life of Terry Kath: