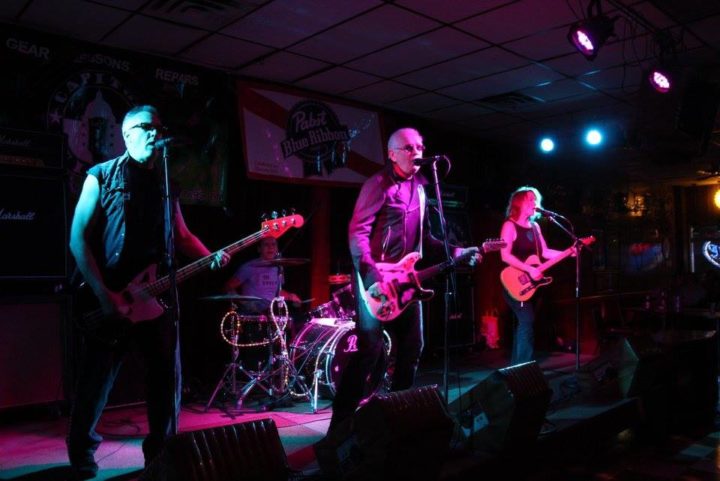 The 99ers plug it in and turn it up at 4:40 pm this Sunday on WORT’s Underground Stage. The 99ers are here to show off their philosophy: “BANG IT OUT, KEEP IT SHORT & NO MESSING ABOUT!!” For insight into their debut appearance in Madison, tune in to I Like It Like That on WORT with Rockin’ John this Saturday evening around 6:30 pm for an exclusive live interview with founding member Stephen Brookfield, who writes 90% of the material and is the only original member still in the lineup.

Hailing from the Twin Cities area, the 99ers have been banging it out for ten years, and its current line-up has been around for almost four years. During their decade, the surf-pop-punk band has released six albums to critical acclaim and became a favorite with Rockin’ John. Between recording sessions, the 99ers have opened for such musical surf/garage legends as Los Straitjackets, The Trashmen, The Neanderthals, and Davie Allan & The Arrows.

The UK e-zine Punked features the band in its current issue, proclaiming: “Without a question or a shadow of a doubt, Minneapolis’ The 99ers deliciously glorious fusion of 50’s rockabilly-rock ‘n’ roll, 60’s surf and 70’s pop-punk sets them far apart from many of their present day contemporaries.”