On Friday April 26th, host Esty Dinur interviewed film maker U. Roberto Romano about his film “The Dark Side of Chocolate.” 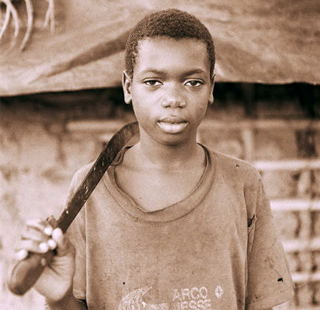 “Is the chocolate we eat produced with the use of child labor and trafficked children?

The award winning Danish journalist Miki Mistrati and U. Roberto Romano decide to investigate the rumors.

Their hunt for answers brings them to Mali where hidden footage reveals illegal trafficking of small children to the cocoa fields in neighboring Ivory Coast. Children as young as seven years old work illegally in the plantations where they face a dangerous job cutting down the cocoa and carrying heavy loads.

Some are victims of trafficking and most of them are never paid. Companies like Nestlé, Barry Callebaut and Mars signed the cocoa protocol in 2001, promising to work for a total eradication of child labor in the cocoa sector by 2008.”

-The Dark Side of Chocolate

Read more about the film: