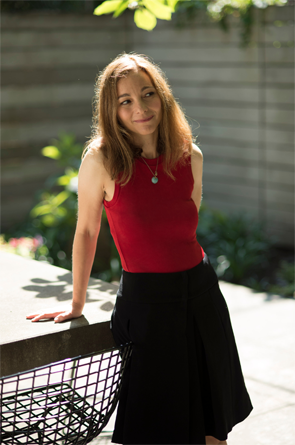 HELAINE OLEN joins Jonathan Zarov for the 8 O’ Clock Buzz on Friday, January 25, 2013. She is the author of Pound Foolish: Exposing the Dark Side of the Personal Finance Industry, which will be published by Penguin’s Portfolio imprint on January 2, 2013.

“THE odds are good that you haven’t yet given up on your New Year’s resolutions and that one of them is to swear off those expensive cappuccinos and save money for your old age. That’s a typical suggestion from finance gurus, who say we can add thousands of dollars annually to our nest eggs by eliminating such wasteful spending. But deciding to take your lunch to work or to cancel your cable television won’t help nearly as much as you’d think. For all the attention we pay to overspending, we struggle with our personal finances not because we spend too much money on small luxuries but because salaries have stagnated at the same time as the costs of nonluxuries have gone up.
Even as the average household net worth plunged by almost 40 percent between 2007 and 2010, the cost of everything from health care to housing has risen for decades at rates well beyond that of inflation. Almost half of us are living paycheck to paycheck, barely able to save a penny.

In fact, it’s long been known that the majority of bankruptcies result from health issues, job losses and fractured families, something no amount of cutting back can protect against.

One of the main reasons we need to borrow money is college loans. Our collective student loan debt is more than $1 trillion, a sum greater than both our credit card debt and our auto loans.

The student loan debt problem is basic: college tuitions have increased at more than quadruple the rate of inflation since the 1980s. If you’re a parent, good luck saving for that expense. It’s a primary reason students who borrow money (some two-thirds of all undergraduates) now graduate with an average of $26,600 of debt. That, in turn, will make it harder for the next generation to save.
Those who do manage to save still cannot save as much as they need. According to the Center for Retirement Research at Boston College, the average baby boomer had $42,000 in his retirement account in 2010. That won’t go far toward meeting an average couple’s future health care costs: $240,000.
And while financial planners often advise older people to work longer, how can they when many leave their jobs because of health problems, or are laid off and, as a consequence of their advanced age, are unable to find new employment?

We seem to want to believe we can budget-cut our way to financial success, maybe because we view monetary setbacks as shameful, nobody’s fault but our own. The personal finance establishment endorses our self-blaming tendencies. David Bach became famous promulgating the idea that by cutting out the daily Starbucks run, people could retire as millionaires. Dave Ramsey has lauded men and women who “refused to participate in the recession,” as if a bad economy is a problem of attitude. Suze Orman told investors who lost money in Bernie Madoff’s infamous scheme that they had “walked right into that financial concentration camp,” suggesting they should have heeded complaints the Securities and Exchange Commission all but ignored.

So let me suggest another financial resolution, one that will do more for our future financial outlook than simply forgoing a few consumer goods: talk about money. It’s not shameful. Pick a cause, and resolve to fight for change.

Helaine Olen is the author of ‘Pound Foolish: Exposing the Dark Side of the Personal Finance Industry.’”
-From Friday’s host, Jonathan Zarov