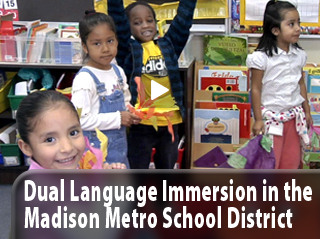 According to an interview Vedro did with WKOW, “The Madison School District is encouraging the community to consider their dual language immersion program.

They held an info session for parents to learn more about the classes, which completely immerse elementary students in the Spanish and English languages.

The goal is full academic and cultural literacy in both languages. The program is offered at six of Madison’s elementary schools. Parents have to apply for a lottery to be considered. The deadline is March 23.”