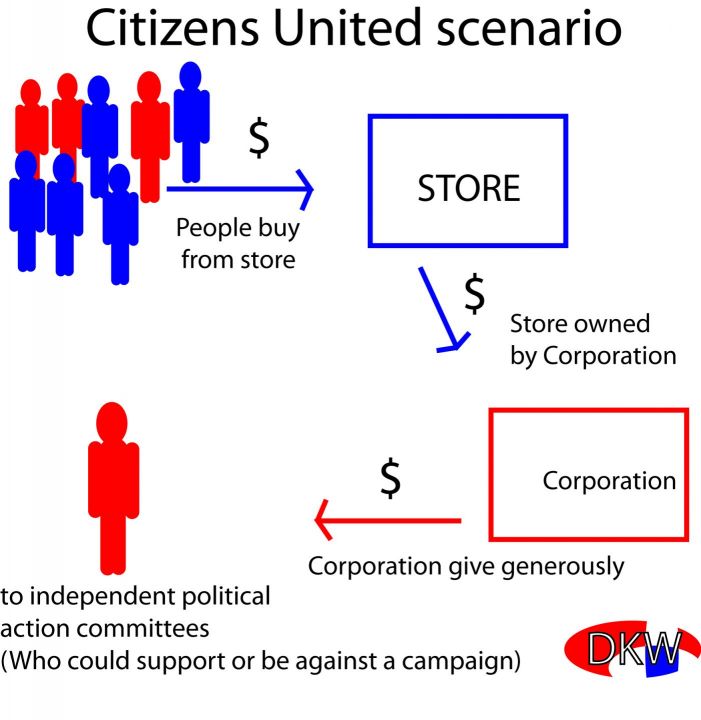 On January 21st, 2013, Dane Varese, The Outreach Director with the Wisconsin Democracy Campaign braved the freezing temperatures (it’s 1 degrees outside) to talk to WORT about Citizens United and what it means for campaigns to come.

Citizens United is a 2010 Supreme Court decision that says it would be an infringement on the first amendment to restrict campaign contributions from corporations and unions.

What does that mean? It means that money in the possession of corporations and unions can now be donated to a campaign in any amount. Former US senator from Wisconsin, Russ Feingold, commented on Citizens United in a September interview with the Harvard Business Review last year,  “The idea of corporate money, money that corporations get when you buy toothpaste or detergent, being used directly in campaigns didn’t exist. And frankly, nobody even seemed to say it was a possibility until this bizarre decision in 2010 in Citizens United. And that is the change.”

Now when you buy something at a convenience store you might indirectly be helping to fund a campaign you do not wish to fund.