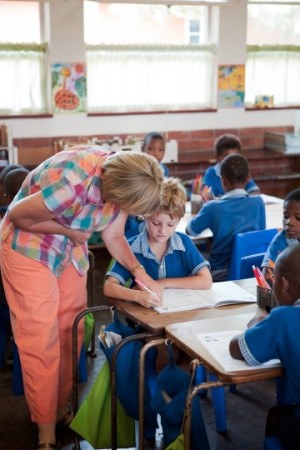 When 26,000 Chicago Teachers Union members hit the picket lines Monday, Mayor Rahm Emanuel called it a “strike of choice” that is “unnecessary,” “avoidable” and “wrong.” He stayed with the narrative he’s been pushing for more than a year – that teachers are acting selfishly upon their own interests at the expense of students and parents.

Talking with some of the thousands of teachers, school nurses, counselors and other staff who manned picket lines and rallied downtown Monday and Tuesday, I also got the impression the strike was a conscious “choice.”

Not a choice to throw the lives of students and parents into chaos in a bid to get better pay and less scrutiny, as Emanuel’s administration has painted it, but a choice to stand up to a powerful city administration and well-funded national “education reform” interest groups in a battle that epitomizes larger fights over public sector unionism and the future of public education nationwide.”

Molly spoke with the panel about why Chicago Teachers have decided to strike and the impact this decision might have on education in the windy city.

To listen to the show: