On Thursday March 7th, host Allen Ruff interviewed author Henry Giroux about his article, “The Politics of Disimagination and the Pathologies of Power.” Henry A. Giroux currently holds the Global TV Network Chair Professorship at McMaster University in the English and Cultural Studies Department. His most recent books include: Youth in a Suspect Society (Palgrave, 2009); Politics After Hope: Obama and the Crisis of Youth, Race, and Democracy (Paradigm, 2010); Hearts of Darkness: Torturing Children in the War on Terror (Paradigm, 2010); The Mouse that Roared: Disney and the End of Innocence (co-authored with Grace Pollock, Rowman and Littlefield, 2010); Zombie Politics and Culture in the Age of Casino Capitalism (Peter Lang, 2011); Henry Giroux on Critical Pedagogy (Continuum, 2011). His newest books:   Education and the Crisis of Public Values (Peter Lang) and Twilight of the Social: Resurgent Publics in the Age of Disposability (Paradigm Publishers) will be published in 2012). 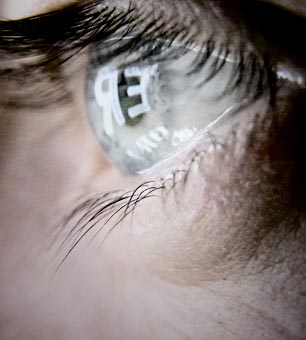 In his article, Giroux writes:

“We live in a time of deep foreboding, one that haunts any discourse about justice, democracy and the future. Not only have the points of reference that provided a sense of certainty and collective hope in the past largely evaporated, but the only referents available are increasingly supplied by a hyper-market-driven society, megacorporations and a corrupt financial service industry. The commanding economic and cultural institutions of American society have taken on what David Theo Goldberg calls a ‘militarizing social logic.'[1] Market discipline now regulates all aspects of social life, and the regressive economic rationality that drives it sacrifices the public good, public values and social responsibility to a tawdry consumerist dream while simultaneously creating a throwaway society of goods, resources and individuals now considered disposable.[2] This militarizing logic is also creeping into public schools and colleges with the former increasingly resembling the culture of prison and the latter opening their classrooms to the national intelligence agencies.[3] In one glaring instance of universities endorsing the basic institutions of the punishing state, Florida Atlantic University in Boca Raton, concluded a deal to rename its football stadium after the GEO Group, a private prison corporation ‘whose record is marred by human rights abuses, by lawsuits, by unnecessary deaths of people in their custody and a whole series of incidents.’ [3A] Armed guards are now joined by armed knowledge.  Corruption, commodification and repressive state apparatuses have become the central features of a predatory society in which it is presumed irrationally ‘that market should dominate and determine all choices and outcomes to the occlusion of any other considerations.'[4]”