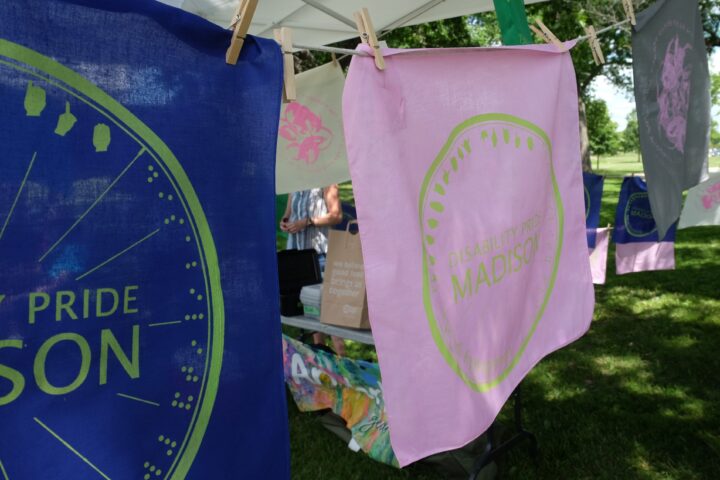 Since 1990 the month of July has been recognized as Disability Pride Month. After two years of being unable to hold the festival due to the pandemic, this past Saturday, July 30, 2022 the Disability Pride Festival returned one day after the 32 year anniversary of the Americans with Disabilities Act being signed into law. 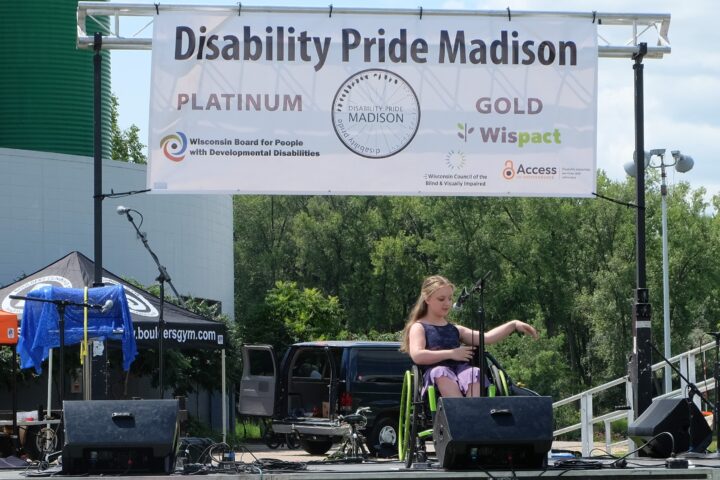 The event was organized by Disability Pride Madison who started hosting the yearly event in 2013. Melissa Madole is one of the people who worked on the event. She says this event is necessary because of how minority groups like the disabled community are treated. 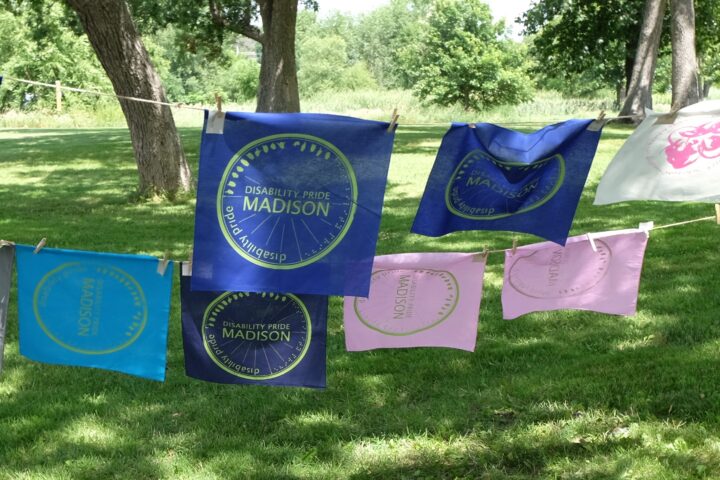 “I think often times in society small groups are pushed to the side and made to feel as an inconvenience. I’m not just speaking to disability specific, but y’know other groups of people. And so it’s like, celebrating not what people tell you you can’t do, but what you can do and how you can contribute to society,” Melissa explained. 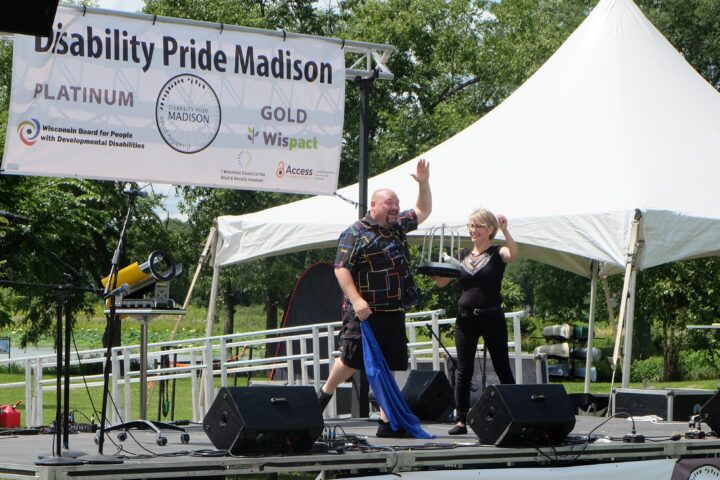 Cate, who goes by Cate the Citizen Cane, with a C, on Instagram, has attended and also helped organize Disability Pride Fest in the past. She was pleased with the new location at Warner Park along with the increase in booths. Learning about new programs and connecting with other people with disabilities were some key benefits from attending the event. Cate says that Disability Pride is extremely important because of the barriers to autonomy, harsh political climate, and lack of equality that the community faces. She challenges social media users to support people with disabilities the same way they supported the LGBTQ+ community in June. 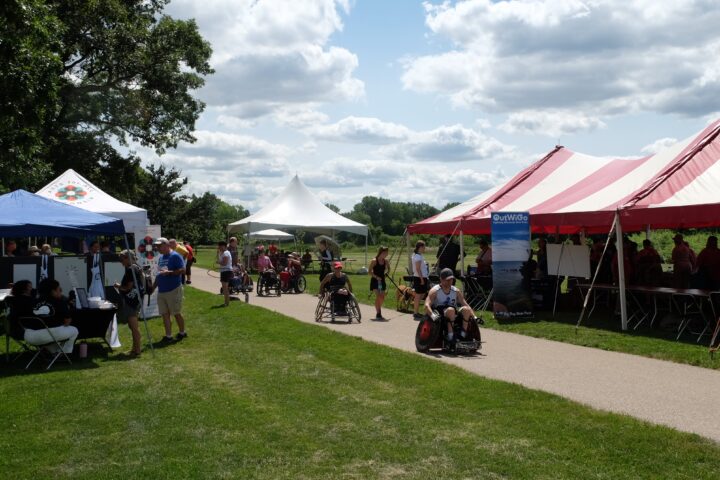 Cate pointed out, “There is no intersectionality without disability. If you are a person that is promoting that you work towards intersectionality and you’re not including people with disabilities in your work, then you are lying to your constituents and you are lying to yourself. Because without us, there is no equality. There is no true equality. When one person is oppressed, no one is free.” 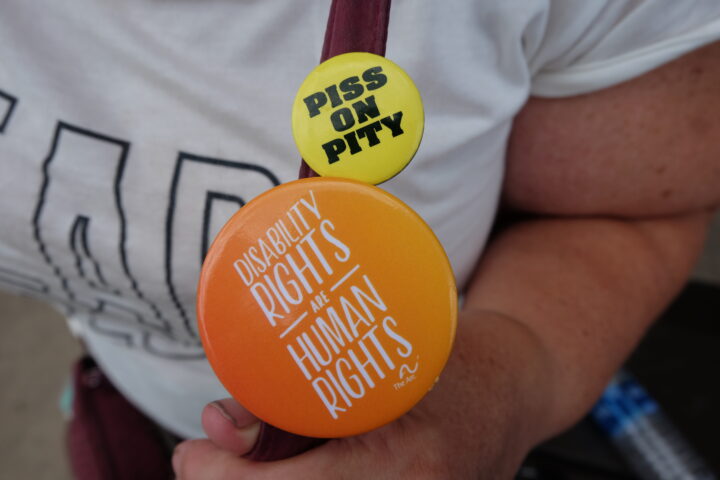 One of the key parts of the Fest is the dozens of organizations and programs offering resources and more. Alysha Clark, the Director of Advocacy and Operations from Chrysalis, was assisting with the Chrysalis Pops booth. These organic popsicles are made by those with mental health and substance abuse issues in a supportive work environment. Alysha feels that it is important to bring awareness to invisible disabilities and reduce the stigma around mental health and substance abuse. 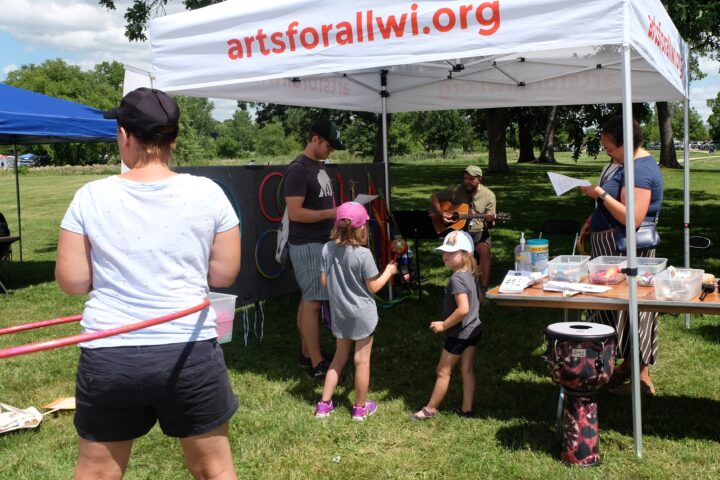 “We want to change the stories that are coming in of what a person with mental health and substance use looks like, what they do every day, how they interact with their community. We want to change the public’s perception of that, because it is people like you and I, it’s people every day that you see every day at the grocery store. It could be anyone, and it most likely will be someone you know, because it happens so much so,” Alysha stated. 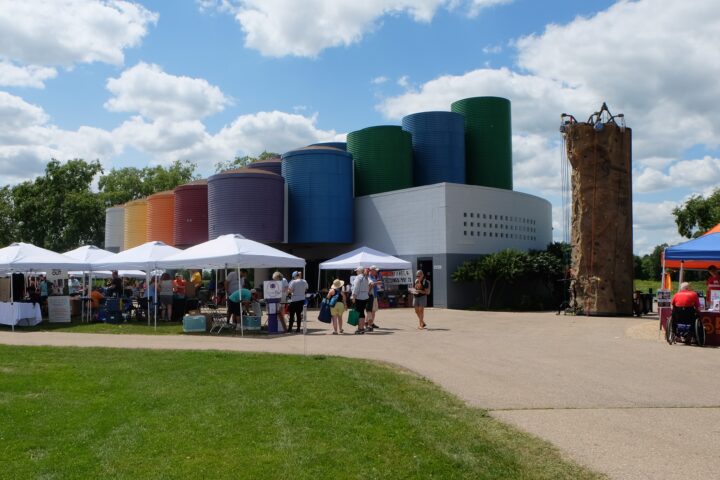 Frank West and Mourning Dove were working the Love Your Way Home booth. They both emphasized the importance of coming together and inclusivity, along with acquiring information, and gaining self-acceptance through shared experience. Both have high hopes for next year’s event and some things they would like to see. 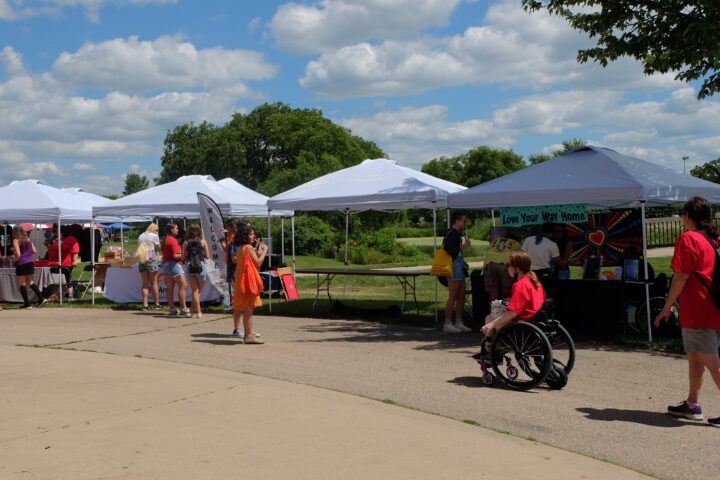 Frank commented, “You think of interaction like the rock climbing or some rides, more interaction with activities I would say. You know because sometimes you go to, like the state fair, and some of the rides are not accessible. So something like that would be awesome.” 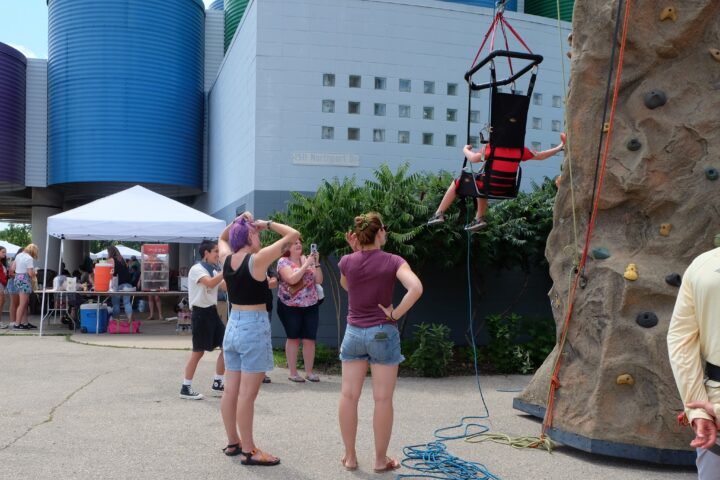 “Part of it, I would love to see it become bigger with more involvement from the community. I feel like I can think of different organizations or people who would benefit, but also have—are able to offer and it would be beautiful to just have more of the community be involved.” Mourning Dove added. 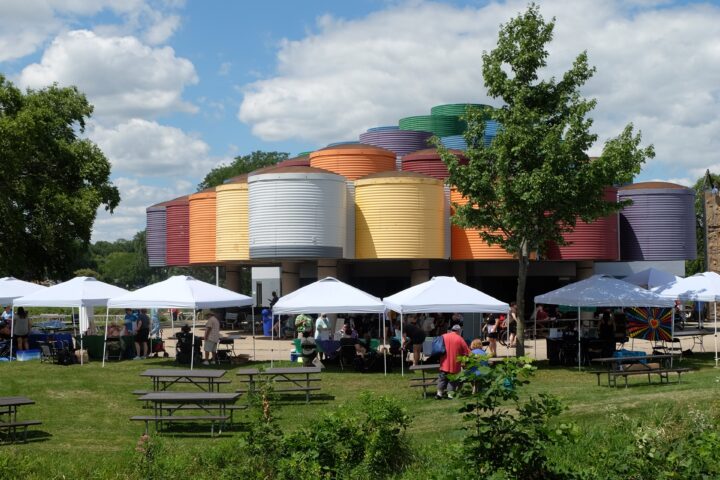 Although Disability Pride Month has come to a close, planning for next year has already begun. And advocating for disability equality is a year round endeavor.