On Friday August 17th, Karma Chavez subbing for Esty Dinur spoke with Isabel Garcia, the
Pima County Arizona Legal Defender and also co-president of the Tucson-based Coalicion de Derechos Humanos.  She has been a fierce fighter for the rights of immigrants and people of color, as well as against border militarization. She has sparred on national TV with Maricopa County Sheriff, Joe Arpaio. In light of recent events in Wisconsin, which are intimately
connected with the xenophobia, nativism and racism that Arizona has experienced more harshly than anyone, looking more in-depth at the struggles and marginalization of minorities along the boarder is an extremely important issue. 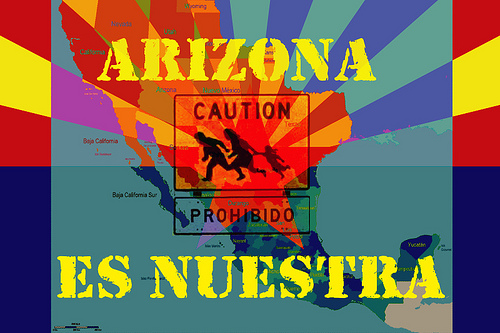