On Tuesday October 9th, Cynthia Lin spoke with Dr. Alan Lockwood about his recent book “The Silent Epidemic: Coal and the Hidden Threat to Health.” On the third day of the pledge drive, News Intern Anjuli Brekke stepped into the studio with Cynthia to inform listeners about why they should donate to WORT. 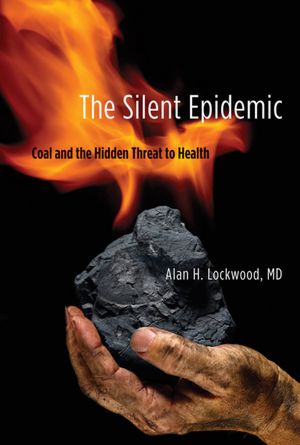 Cynthia discussed the hazardous impacts of coal on the human body with Dr. Alan Lockwood: “We will not find ‘exposure to burning coal’ listed as the cause of death on a single death certificate, but tens of thousands of deaths from asthma, chronic obstructive pulmonary disease, lung cancer, heart attacks, strokes, and other illnesses are clearly linked to coal-derived pollution. As politicians and advertising campaigns extol the virtues of ‘clean coal,’ the dirty secret is that coal kills. In The Silent Epidemic, Alan Lockwood, a physician, describes and documents the adverse health effects of burning coal. Lockwood’s comprehensive treatment examines every aspect of coal, from its complex chemical makeup to details of mining, transporting, burning, and disposal–each of which generates significant health concerns. He describes coal pollution’s effects on the respiratory, cardiovascular, and nervous systems, and how these problems will only get worse; explains the impact of global warming on coal-related health problems; and discusses possible policy approaches to combat coal pollution. Coal fueled the industrial revolution and has become a major source of energy in virtually every country. In the United States, almost half of the energy used to generate electricity comes from burning coal. Relatively few people are aware of the health threats posed by coal-derived pollutants, and those who are aware lack the political clout of the coal industry. Lockwood’s straightforward description of coal as a health hazard is especially timely, given the barrage of marketing efforts to promote coal as part of ‘energy independence.’ His message is clear and urgent: ‘Coal-fired plants make people sick and die, particularly children and those with chronic illnesses, and they cost society huge amounts of money desperately needed for other purposes.'”