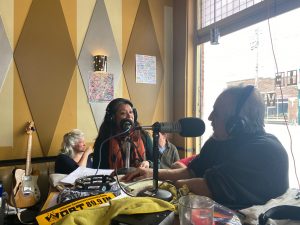 Tony Castaneda hosts the Thursday Eight O’Clock Buzz in front of a live audience at The Victory on February 13, 2020 in honor of World Radio Day. Backing band The Love Triangle Quartet provides musical support throughout. 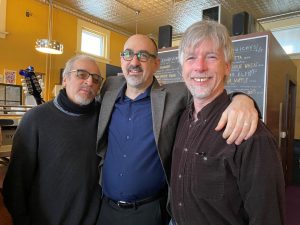 Representative Chris Taylor talks about legislative business at the Capitol, as does Matt Rothschild of the Wisconsin Democracy Campaign. 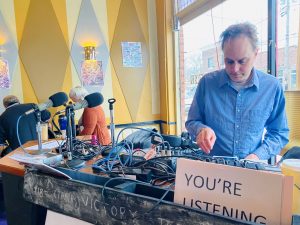 Musician Robert J talks about why you should care about MAMA Cares. The Victory owner Patrick Downey plays a song, and barista Zoe reads a poem.  Bernie Sanders  also makes an appearance.

Many thanks to Aaron Scholz for technical support, Doug Holtz for running the board, and Patrick Downey and The Victory for hosting the show.