On Thursday April 18th, host Allen Ruff interviewed Jeremiah Goulka, author of the timely piece on Post Traumatic Stress Disorder, “Iraq Is Such a House of Trauma, It Doesn’t Take Much to Get PTSD.” Allen discussed with Goulka his observations and experience with what amounts to something approaching “national trauma.” 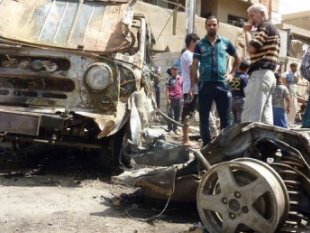 In his article Goulka writes, “For several years now, Americans have become increasingly aware that a large number of veterans have gotten post-traumatic stress disorder (PTSD) in Iraq and Afghanistan.  Studies estimate that at least 1 in 5 returning vets — possibly as many as  1 in 3 — have it. Less notice has been given to the huge numbers of veterans who suffer some PTSD symptoms but not quite enough to be diagnosed as having the disorder.  Civilian employees of the U.S. government, contractors, and of course the inhabitants of the countries caught up in America’s wars have gotten even less notice. The thing is: It doesn’t take much to develop the symptoms of PTSD.  Our idea of what used to be called “shell shock” tends to be limited to terrible battles, not just the daily stress of living in a war zone or surviving a couple of close calls.”