Baeblemusic is a New York-based music publication dedicated to providing high quality, originally produced content that extends far beyond its web-based home and its city borders. With well-trained eyes focused on emerging music scenes, Baeble crafts unique, narrative portraits of prominent and up-and-coming artists and bands.  With its editorial pages, Baeble is devoted to providing daily coverage on all things music and pop culture. From artist profiles and exclusive features to cynical and observational humor pieces, Baeble’s writing staff dissects the news and forecasts the often unpredictable evolution of pop music. It’s very exciting [and also quite telling] that the very first piece they’ve published on a music scene outside of the Big Apple is about Madison, which was contributed by Jessica Steinhoff of The Daily Page:

New York, L.A., Nashville, Austin, etc.: these are all cities that get written and sung about. The dirty streets where our rock ‘n’ roll icons get strung out, and get rich, and die trying. The places whose streets, or bars, or saloons and studios harbor, hold, and heave with musicians. They’re cities we think of as being some of the music capitals of the world. While all of these things are true, it barely scratches the surface of the American music scene. In an attempt to capture a more accurate geography of your record collection, we’ve reached outside of New York for a clearer perspective on the past and present of some of the underrated cities of the American music scene. A few hooked-in journalists have been kind enough to contribute sketches of the musical landscape of their city, concluding with an artist recommendation for our Share the Sound segment. Our first contribution comes from Jessica Steinhoff, Arts & Entertainment Editor at Isthmus The Daily Page in Madison, Wisconsin.

Read more at the link below. 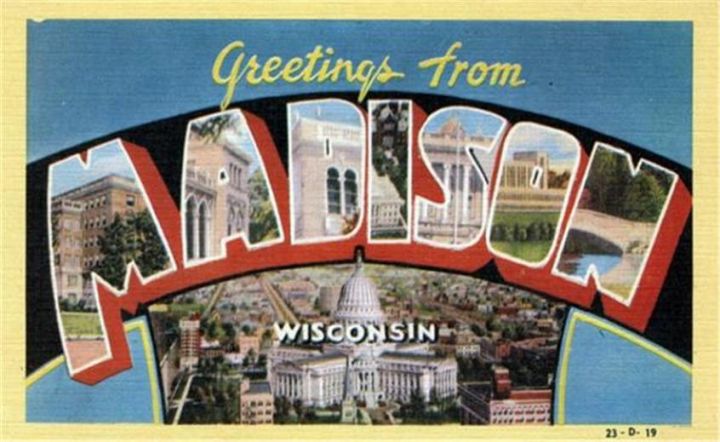