Update! Harry Rag interviewed host Reasonable Facsimile, with fascinating results. Follow this link to stream it on demand and please feel free to add your comments and messages for him using the form at the bottom of the page.  [Fri. 9 pm: Our apologies — we currently have not been able to publish your messages, but thanks Carol, Betsy & Rev, we DO see them and will get that fixed ASAP!]

40 years ago WORT was still a young radio station, with studios on Winnebago Street and the frequency at 89.7 FM. Back then every Saturday, sandwiched between Jah Tony and Rockin’ John McDonald, a DJ calling himself “Reasonable Facsimile” played the newest of the new on his show New Needles. His program captured the zeitgeist of a special time when “new music” was New Music: experimental, revolutionary, and certainly a departure from much of the past – a far cry from today, when everything under the sun has already been done.

In a very extra-special episode of Friday On My Mind, Reasonable Facsimile returns for one night only to bring us some of the magic that was New Needles. Listen live on the airwaves or through the live stream, or check out the show on the WORT archive for up to two weeks.

Reasonable Facsimile later departed Madison for a career as a Hollywood editor and director but he left New Needles in the very capable hands of Harry Rag, who eventually passed the show on to Pete Rabid. In this exclusive interview, R.F. talks about the origins of his show on WORT, giving us a bit of a snapshot of the ’80s and what turned out to be a very exciting time in music history for Madison and the whole world. 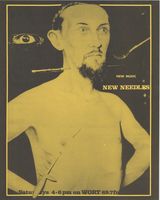 What is the origin story of “Reasonable Facsimile” and New Needles?
The late ‘70s was a terrific time for new music, but (with few exceptions) you wouldn’t realize it if you were listening to radio in Madison. All of the stations were either playing Country or what we now call “Classic Rock.” It was all Journey, Boston, Boz Scaggs, Led Zeppelin…. Thank goodness for record stores! At least Discount Records had Elvis Costello and the Ramones records. In late 1978 I moved to Hollywood, California. The radio out there was an ear-opener! Especially KROQ, a very innovative rock station. They played the new stuff that was coming out of the UK – Sex Pistols, The Clash, The Jam… and the DJ Rodney Bingenheimer would have all these local groups, like the Go-Gos, on his show. I was excited by the songs on the radio again! Just like I was in the mid ‘60s, when you could turn on the radio and almost every song that came out was good.

I moved back to Madison in 1980, arms full of these “new wave” & “punk” records. Shockingly, Madison radio had not changed. The only station I could bear to listen to was WORT, because they at least had Rockin’ John (remember, I loved the ‘60s music.) And they also had a good R&B show, and some other decent music shows. But nothing NEW. This music needed to be heard! I decided I would become a DJ and play this stuff on the radio. I approached WORT and basically was told there was no room for what I had in mind.

A year passed. Still no new music on Madison radio. No Joy Division, no Clash, Fall, Gang of Four, Marianne Faithfull, DEVO, Squeeze, B-52s, Siouxsie & the Banshees, Specials, Undertones…I went back to WORT, explained to them that there was a musical explosion going on and no one in Madison was hearing it. I asked to do a demo. They said okay and I did. I didn’t hear anything from them. One day I was listening to WORT and one of the DJs played the song “Upside Down” by Magazine. I had played that on my demo. A few songs later, the DJ played “Turning Japanese” by the Vapors – another song off my demo. Both of these songs were import singles that I knew the station didn’t have. I kept hearing songs from my demo tape played on WORT. It turned out they were playing songs directly off of my demo tape! I called them up and said, “You’re playing my demo tape!” They said, “Yeah – it’s a great demo – you should have a show!” I said, “Yes! Please!” and that’s how I got the job at WORT.

I named my show New Needles because I was going to be playing New music, and Needles sounded sharp and would make an impression, if not a puncture. And alliteration is good.
And my DJ moniker, Reasonable Facsimile, I chose because of the cool DJ names from the ‘60s: Murray the K, The Beard, Wolfman Jack…plus, I figured I really wasn’t a “real” DJ, just a reasonable facsimile of one. And it had 8 syllables! (One week a visiting friend of mine co-hosted New Needles and his DJ name bettered me by one syllable: Artificial Insemination.)

What made the music of that era so special?
For some reason there was an exciting singles scene happening in the late ‘70s/early ‘80s. By singles I mean 45 rpm records. There were a lot of independent labels and bands putting out fantastic singles. And it seemed like the UK scene was the most vibrant. Every week I would look at the New Musical Express, an English music newspaper, and the sheer number of singles they would review was striking. In ONE WEEK they would review singles by A Certain Ratio, The Bongos, Snatch, Grace Jones, The Mekons, U2, Bauhaus, Skids, The Stranglers, The Clash, The Jam, The Red Crayola, The Attractions, etc. – and this was happening every week! It whet my appetite for the songs – and that’s what I tried to bring to the show.

Is a show like New Needles as relevant now as it was then?
I don’t think so. Now there are many places people can find new music – maybe too many places. And that’s a bit of a problem, because you don’t have the communal experience of everybody hearing and knowing the awesome “songs they heard on the radio.” Besides, WORT has many great music shows on it now. I listen to it from my home in California.

What is good and bad about today’s music?
What’s good is that anybody who wants to record their music can, and then can self “release” it via the platforms on the internet.

Perhaps the bad thing is there is so much music out there, that the audience is divided and specialized. Like I said, there isn’t a communal listening experience driving the charts anymore.

What artists, labels, venues, etc. excite you?
I’m not paying much attention to labels anymore, and with the pandemic, I can’t even talk about venues! I can tell you some of the artists I’m enjoying lately – The Lemon Twigs, Ty Segall, Aldous Harding, of Montreal, Robert Harrison, Jenny Lewis, Car Seat Headrest, Drug Dealer, Dollyrots to name a few.

Where can you find good radio?
Every platform has playlists…Spotify, Apple Music, etc. And SiriusXM has hundreds of stations. I like some of them, like Little Steven’s Underground Garage. And when I go on the internet I almost always end up on a website that has a music podcast, or music archives. There are a lot of great radio stations too – WORT, of course, but also cool college radio stations and foreign radio stations that are now all accessible on the internet. Finding good radio is many times about the search.

What are some of your favorite memories of WORT and Madison in general?
My time on WORT was one of the best experiences in my life. I felt I was doing something fun and important. And the people at the station were friendly and the feedback from the listeners was a real high. I enjoyed the whole ritual of putting together a show every week. New Needles was on from 4-6pm on Saturdays which meant I had all week to go to the record stores, mainly Paradise Records where I’d buy the New Musical Express, and they had the import records there. I’d get a bunch every week and construct the show around the new releases. It was vital! It was invigorating. Adding to that I was a DJ on Monday nights at Merlyn’s on State Street, the best club in town back then. Not only did I get paid for spinning my records (on “New Wave Mondays”) I got to see so many classic performances there – Iggy Pop, Nico, The Stranglers, Psychedelic Furs, X, Ultravox, etc. etc.

Care to give us a hint as to what to expect with Reasonable Facsimile’s return to WORT?
Well, I’m not going to play only new music. I thought it might be fun, since I’ve been away for 40 years, to play songs I would’ve played on New Needles if I DID have a show for the last 4 decades. I’m sure, if you listen, you’ll hear some fun stuff you’ve never heard before.

Editors’ Note: A great example and one of RF’s legacies on the WORT airwaves is the legendary Slits interview, some of which appears on the album reissue Return of the Giant Slits – He’s promised to share parts of the interview that were not included on the disc! 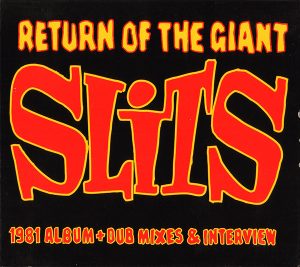 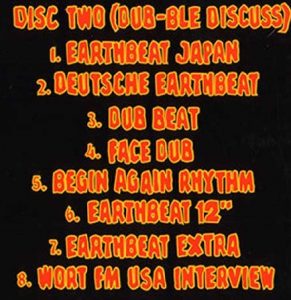