Had enough of holiday carols? Tune into WORT for something different. Many specials happen during this time, including “Best Of 2020” shows.

Coming up later this week: 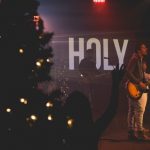 All these show archives from the past few weeks can be streamed on-demand:

Thursday, Dec. 17 featured the full score of The Nutcracker with story narration, on Classical Cornucopia with Ava Borelli.

Diaspora on Dec. 17: G Man hosts the annual Christmas Anarchy! (with regards to The Folk Anarchist, Bob Kaspar) It’s an all-out assault in the phony War on Christmas full of satire and humorous parody music. This is available on the archives until Dec. 31 so you can listen to it during your holiday festivities. It will be sure to offend Uncle Bill. 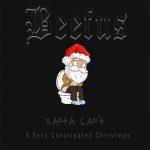 From 8-11 pm on Dec. 17: Children, avert your ears! It’s an irreverent holiday Psychoacoustics Pspecial with Bad Sister Heidi & Rev. Velveteen hosting the annual BEEFUS Xmas Rock Opera! It starts after 10 pm so this show contains blasphemous, satirical adult themes and language – not for the pious or timid. Later that night featured comedic and Xmas rarities on Feed Me Weird Things with Cardinal Din.

On the Dec. 18 WHO COOOOKS FOR YOOOO we heard the Other Mister Ess along with assistance from The Real Jaguar rounding up THE BEST SONGS FROM THE YEAR THAT WILL FOREVER BE KNOWN AS TWOTHOUSANDTWENTY. Yes there was great music released this year, who knew? Well, now YOU WILL!  TOO(N in) and listen for songs from Star Parks, Rookie, Laura Marling, X, Built To Spill, Bob Mould, Cribshitter, The Mekons, Sparks, Thundercat, Sunwatchers, the list GOES ON AND ON. 2-4:30 pm Fridays. 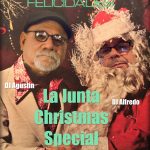 Monday Dec. 21 starting at 11 pm, The Mosh Pit  played a bunch of Xmas metal as well as lots of classics (mostly from 1990) and of course…Mike’s picks!

From 5-8 am on the 12/22 edition of Back Porch Serenade it’s baroque Christmas music from colonial Pennsylvania and Brazil, followed by Ariel Ramirez’s 20th century work “Navidad nuestra” based on Argentinian folk rhythms, along with Schoenberg’s beautiful “Weihnachtsmusik.”  Peter Haney also playedsome selections to mark the conjuncture of Jupiter and Saturn, which will have occurred Monday night. From 9-noon Tuesday it’s Green Morning Radio. Host Brian Oh Brian says “I already played some holiday tunes last show. This Tuesday we had a special called Dead Folk; the folk, country and bluegrass music that influenced the Grateful Dead & the folk music they inspired. Guest co-host is Stu Levitan. It’s the final Tuesday of the year and Lou & Peter Berryman are the “Gimme Five” guests! (who talk about and spin 5 their favorite tunes.)  Happy Holidays everyone!”

For a rocking Tuesday holiday evening, check out Brother Ted’s  live holiday rock episode ofThe Original Wilson Brothers from 8-11 pm Dec. 22. Then at 11 pm, Nocturne and their gothic music are “Greeting the Longest Night with glass raised, as we prep the last Graveyard Shift of the year!”    (featured photo by Edward Cisneros, everythingcaptured.com) 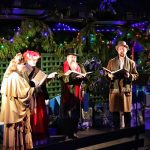 Great news kicked off  Wednesday, Dec. 23! Long-time classical host Ena Foshay has been busy with many life changes, but she’s finally ready to return to making new shows for us. Ena shared this message for our listeners: “Hello, fans of A Musical Offering!  It has been a long time since the show has been “live,” so I’m thrilled to let you know that this will soon change! Thanks to the wonders of technology, I’ve resumedproduction of the show (Huge thanks to Aaron Scholz and Lucas Osmond for helping to prepare and run previously aired shows each week these past several months.) The first new show was my annual Choral Christmas program, which aired from 5-8 a.m on Dec 23rd. Looking forward to sharing more beautiful Choral music with you soon!!”