On Tuesday March 19th,  Anjuli Brekke hosted a show discussing the situation in the West Bank as well as how the sequestration will impact foreign aid to Israel. 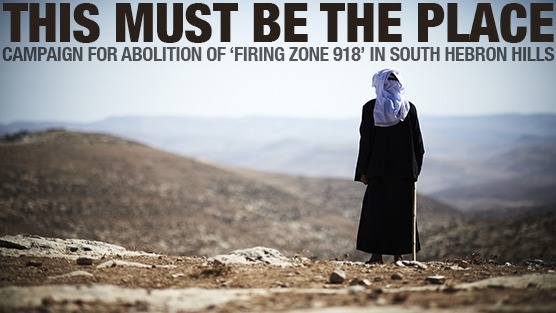 1000 Palestinians, nearly half of them children, face imminent forced expulsion from their homes in the Southern West Bank region known as Masafer Yatta, which lies within Israeli Firing Zone 918. Residents of Masafer Yatta and the South Hebron Hills have called for international action to influence the Israeli court to prevent the demolition of these 8 villages. During the first half of the hour Anjuli Spoke with Cassandra Dixon live from the West Bank. She has volunteered in Palestine for many years with Christian Peacemakers Team, a faith-based organization that places teams at the invitation of local peacemaking communities confronting violence and oppression. CPT Palestine’s team is based in Hebron/Al-Khalil.

President Barack Obama will be traveling to Israel and briefly to Palestine this week. He is sure to reaffirm the United State’s commitment to Israel. During the second half of the program Anjuli spoke with Josh Ruebner about how US aid to Israel impacts the Palestinian people. They also discussed how the sequestration will impact foreign aid to Israel. Josh is the national advocacy director of the U.S. Campaign to End the Israeli Occupation and author of the forthcoming book “Shattered Hopes: Why Obama Failed to Broker Israeli-Palestinian Peace.”

Anjuli was joined in the studio by her mother, Veena Brekke. Veena lived in Israel during the Six day war and recently returned to Israel and Palestine with the Interfaith Peace Builders delegation to the West Bank.

Read more about the U.S. Campaign to End the Israeli Occupation: