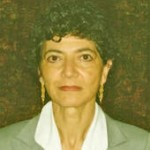 On Wednesday November 7, host Jan Miyasaki spoke with Mary Layoun, Chair and Professor of Comparative Literature at UW-Madison. She spoke about the toxicity of political life and the campaign. Mary explains,“The toxicity is worse than I have ever seen it. And the money involved…is just stunning. That piece is so deeply broken, and I would hope that we can come up with ways to address that toxicity. I don’t think we can wait for anybody to fix it…”

Layoun believes that it is important to reclaim democracy at the grassroots level. She comments on the ‘big picture issues’, including campaign finance reform and the use of stealth surveillance systems. She believes that the American public must become more aware of the U.S. Foreign policy and the events occuring in the world. Jan asks Layoun to comment on the distinctiveness between the two crowds present for Romney and Obama last night,“one of the things leaders can do is open a space rhetorically where the rest of us can come in and in fact be integrated… that’s something a leader can enable in multiple ways, party by deliberate inclusion and paying attention to who small groups are supported.”

When Jan asks Mary which question she would present to the President, she explains that she would ask, “How are you going to empower ordinary americans in the next four years to be engaged, to address the multiple problems of this society, rhetorically, materially, and politically, to work together?”