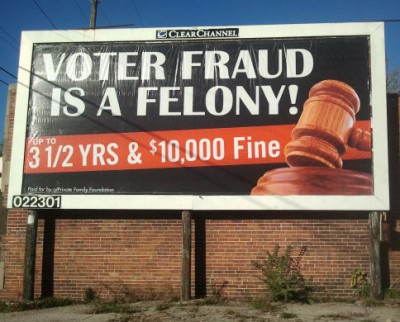 During the first half of the show, she spoke with  Jonathan Brater from the Brennan Center for Justice. Brater works for the Brennan Center’s Democracy Program focusing on voting rights and elections. According to the organization’s website, “The Brennan Center for Justice at New York University School of Law is a non-partisan public policy and law institute that focuses on the fundamental issues of democracy and justice. Our work ranges from voting rights to campaign finance reform, from racial justice in criminal law to Constitutional protection in the fight against terrorism.” During the second half of the show, Tonya spoke with Stacy Harbaugh and Mike Wilder about issues of voter suppression here in Wisconsin. Stacy Harbaugh serves as the Communications Director for the American Civil Liberties Union of Wisconsin. Mike Wilder works as African-American Voter Engagement Table Director for the Milwaukee based group Citizen Action of Wisconsin.

Read about the Brennan Center for Justice:

Read about Citizen Action of Wisconsin:

Read more about the American Civil Liberties Union of Wisconsin: