On Tuesday October 2nd, host Cynthia Lin spoke with Gloria Lowe, a former auto-plant worker from Detroit who decided to found a movement with the intention of reclaiming and revamping the city she loves. 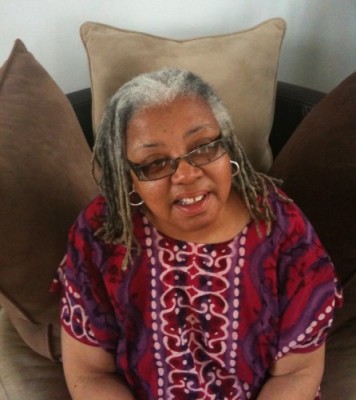 Speaking with WBEZ in Chicago, she proclaimed: “I’m founder of “We Want Green, Too.” Our mission is to re-educate, retrain and rebuild a 21st century, sustainable Detroit. We are looking to construct various teams in the basic skills: dry walling, painting, floor repair. Right now we’re working out of shelters and the Detroit Veterans Administration building, a connection we have with homeless vets. We work with young people who are underemployed, people who have overcome their substance abuse, as well as those who have been incarcerated. We have very good housing stock in the city. And these houses, many of them date back to the early 1900s and late 1800s, it would cost you a fortune to try and build a house today with the same quality of material. So we know that the greenest house is the house that’s already there. All you do is take the time to rebuild it. Every house in Detroit has a foundation. So where you have people who are challenged, they don’t have jobs. Why not make their jobs restructuring their own communities?I don’t think that prior to my accident I would have understood the value of working from our hearts through our minds, through our hands. What it does in terms of helping to recreate a humanity that’s been taken away from us. The work I’m doing now, it’s phenomenal. There’s not a price tag I could hang on it. And I know that ‘cause I’ve been on the other side.”

To read more about Gloria Lowe: