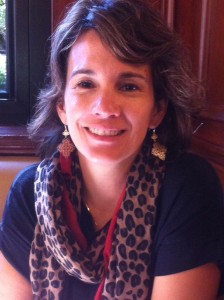 Elizabeth DiNovella is no stranger to WORT. She was the station’s News Director from 1999 to 2001. She has frequently hosted live election night coverage, and also spent decade working on the 8 O’Clock Buzz with Jan Miyasaki. DiNovella was previously the culture editor for The Progressive magazine, reporting on US domestic policy as well as news from Venezuela, Mexico, and the Middle East. The Onion describes her work as “passionate, intelligent commentary.” Find her on Twitter @lizdinovella and on air Tuesday evenings with her “Game On” sports segment.

Liz will be responsible for overseeing the production of the feature segments for WORT’s local evening newscast at 6pm. 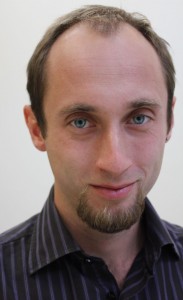 Darien Lamen moved to Madison in 2012 after years spent teaching and studying Latin American music in Austin, Brazil, and Philadelphia. He was a postdoctoral fellow at the UW Madison Center for Humanities, conducting ethnographic research. He’s been active throughout Madison as a scholar, teacher, activist, organizer, and freelance news reporter covering higher education, social movements, labor, and city development. Darien has worked on WORT’s local evening news since August 2015.

Darien will be responsible for overseeing the production of the breaking news segments for WORT’s local evening newscast at 6pm.

Both new staffers are replacing outgoing Assistant News Director Dylan Brogan on an interim basis through June 2016. Brogan, who implemented the expansion of the 6pm newscast at WORT, has taken a new job at Isthmus as a staff writer. He leaves big shoes to fill and will be missed.