On Thursday September 13th, Allen Ruff talked with Arun Gupta who just returned from the Republican and Democratic conventions.  Gupta is an Independent journalist, regular contributor to The Guardian, and a co-founder of the Occupied Wall Street Journal and The Indypendent. He reported from both conventions and wrote a number of pieces which observed that despite their vast differences, there are a whole range of commonalities between the two parties. 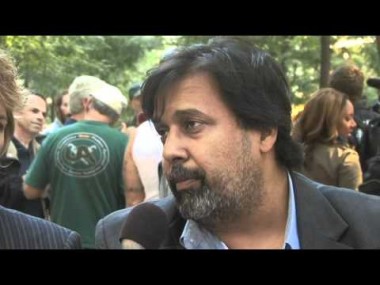 He recently stated,  “In terms of the protests, these security scare stories around the conventions keep the public away from substantial protest and dissent. The Olympics are about pushing the poor out through massive gentrification and infrastructure projects. What these conventions do — both political conventions, as well as NATO and G8 — is leave behind a massive security matrix that is used to police the poor and restrict dissent.

Much of the rhetoric from the podium involves the establishment Democrats and Republicans jabbing at each other, but it highlights the broad areas of agreement between the Obama and Romney camps: The six wars (Yemen, Somalia, Afghanistan, Libya, Pakistan, Iraq) — just now, outrage has erupted in Yemen over the killing of 13 civilians in a U.S. drone strike on Sunday. There’s also substantial agreement between the two camps on corporate trade deals, expanding oil and gas drilling, civil liberties restrictions, the general policy toward Wall Street. Both are silent about the home foreclosure crisis and both parties want to cut Social Security and Medicare as the solution to the economic crisis caused by the banks. On many of the most important issues, the Obama and Romney camps take on the minority position of the 1% and oppose most of the U.S. public.”

To read more from Arun Gupta: