On Friday April 12th, Jan Levine Thal hosted a special Film Festival edition of A Public Affair. She spoke with three directors whose films were featured at this years Wisconsin Film Fest. 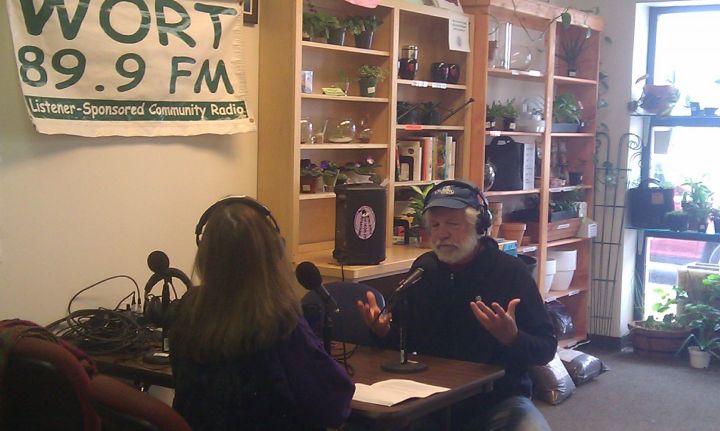 Street Pulse and Because It’s Small

Jan spoke with director Mark Kornblatt about his film Street Pulse. Street Pulse refracts the experiences of Madison’s homeless population through the unconventional romance of two people living on the street. Diagnosed as bi-polar, twenty two-year-old Angel was kicked out of her family’s home for binge drinking. 51-year-old Robert struggles with his own demons after serving a twenty-six year prison stint. Defying differences in age and experience, they fell in love and work to build their life together. Named for the news publication produced and distributed entirely by Madison’s homeless, Street Pulse deftly captures the daily cadences and rhythms of life on the street. Marc Kornblatt films the streets themselves, as well as Madison’s buildings, bridges, and highways, with an elegant compositional eye. He sketches a mosaic of experience throughout the film, interviewing a range of homeless individuals and those assisting them in their search for employment and shelter. Angel and Robert, however, form the film’s heart. Whether handing out newspapers on State Street or exploring their unstable pasts and unlikely relationship in interviews, their relationship proves all the more unforgettable for Kornblatt’s unsentimental respect for its complexity, its struggles, and, ultimately, its strength. Jan also spoke with Kornblatt about his short feature on the Little Free Library movement entitled Because It’s Small.

Jan also spoke with co-director Paul Lovelace about his film Radio Unnameable. In 1963, Bob Fass began hosting the late-night program Radio Unnameable on New York City’s public radio station, WBAI. A legendary, smooth-voiced personality who speaks without a script, Fass routinely interviewed leading cultural figures in the 60s like activist Abbie Hoffman, filmmakers Robert Downey and Shirley Clarke, or musicians like Bob Dylan, Joni Mitchell, and Arlo Guthrie, who first performed Alice’s Restaurant on Fass’ show. The other staple of Fass’ program are call-ins from cranks, curmudgeons, conspiracy theorists, lonely people working the graveyard shift, and, in one memorable instance, a man who has overdosed on sleeping pills in an attempt to take his own life. A progenitor of the flash mob, in the 60s and 70s, Fass called for a “fly-in” at JFK airport, a sweep-in during a NYC garbage strike, and a “Yip-In” at Grand Central Station, an event that ended in a brutal police raid that Fass covered live on his show. Filmmakers Paul Lovelace and Jessica Wolfson make evocative use of documentary news footage to illustrate Fass’ original broadcasts, which were almost destroyed by WBAI. These historical film clips and recordings are balanced by interviews with Fass’ friends, colleagues, and guests, as well as the man himself, who continues his program to this day, despite not being paid for his work for thirty years. Fass has said he does what he does because he feels needed by anyone “alone in their room with a radio” and this film is a loving tribute to his career and generous spirit.

The Librarian and the Banjo

Jan finished the the interviews speaking with director Jeffrey Schwarz about his film I Am Divine. An inspiring account of both a lost history and its dogged excavator, The Librarian and the Banjo recounts the work of Dena Epstein, a music librarian whose inquiry into a forgotten abolitionist’s diary (at the Wisconsin Historical Society) sparked an interest in the history of black folk music. Her research over the next twenty-five years ultimately proved that the banjo-long associated with rural white culture in the South-originated in Africa. Epstein’s work not only exploded previously-held views about black folk music and its legitimacy as a subject of academic study, but helped to spark a new generation of African-American string band music. Madison-based director Jim Carrier explores both Epstein’s career and the impact that her work has had amongst music scholars, practitioners, and fans with a clarity and attention to detail worthy of his subject. Folk luminaries like Bela Fleck, Eric Weissberg, and the Carolina Chocolate Drops provide eloquent testimonials.

Read more about the film festival and the participating films:

Listen to the interviews: