On Wednesday March 6th, host Tim Hansel spoke in studio with author and University of Wisconsin Law Professor Dean Strang about his book,”Worse than the Devil: Anarchists, Clarence Darrow, and Justice in a Time of Terror.” 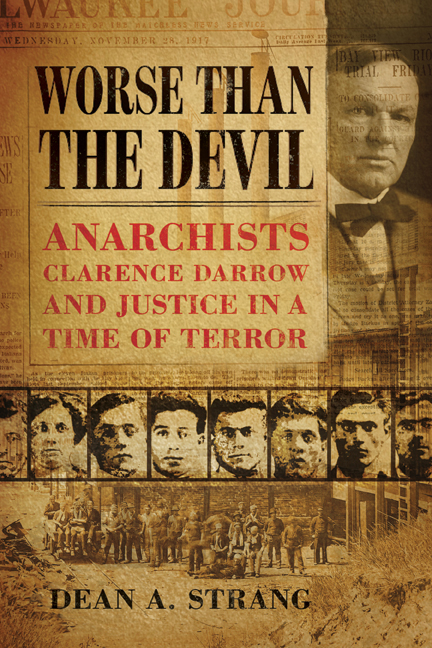 “In 1917 a bomb exploded in a Milwaukee police station, killing nine officers and a civilian. Those responsible never were apprehended, but police, press, and public all assumed that the perpetrators were Italian. Days later, eleven alleged Italian anarchists went to trial on unrelated charges involving a fracas that had occurred two months before. Against the backdrop of World War I, and amidst a prevailing hatred and fear of radical immigrants, the Italians had an unfair trial. The specter of the larger, uncharged crime of the bombing haunted the proceedings and assured convictions of all eleven. Although Clarence Darrow led an appeal that gained freedom for most of the convicted, the celebrated lawyer’s methods themselves were deeply suspect. The entire case left a dark, if hidden, stain on American justice.

Largely overlooked for almost a century, the compelling story of this case emerges vividly in this meticulously researched book by Dean A. Strang. In its focus on a moment when patriotism, nativism, and terror swept the nation, Worse than the Devil exposes broad concerns that persist even today as the United States continues to struggle with administering criminal justice to newcomers and outsiders.”