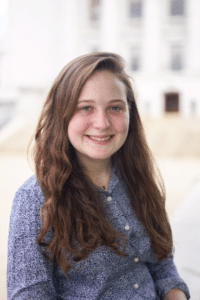 WORT is pleased to announce the hire of Nina Kravinsky as Assistant News Director.

Nina was formerly the Managing Editor of the Badger Herald, where she supervised the production of both the print and digital editions. She previously interned at WisPolitics.com, Here and Now on Wisconsin Public Television, and at WORT, where she reported on state news and politics.

Nina is a graduate of the University of Wisconsin Madison, where she majored in Spanish and Political Science. She is fluent in Spanish.

Nina will head up production of WORT’s Local News at 6pm.