Click to receive your 2022 donation history
Skip NavigationMenu
BingBong is a well-established Madison act, hitting a groove on the live rock scene after a series of very well-received albums. Carrying a sound that is at once pop, rock and a touch of folk, BingBong established themselves as original and catchy songwriters upon receiving the Song of The Year award for “Faces” from the Madison Area Music Association (MAMA) in 2021. 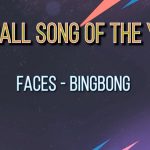 When recording their debut album, Pop Restoration, the band hearkened back to their pop-rock roots by recording all analogue and only to vinyl in a studio called Welcome to 1979. It was from this album that the band captured their first award, Rock Song of The Year, for “It’s Complicated.”

Two years later, the band continues to receive praise from the music community with yet another MAMA award for Rock Song of the Year with “Bouncing Ball,” and also being awarded Performer of the Year.
The catchy undercurrents remain throughout their classic driving grooves, reminiscent of a pop-laden style of the Pretenders, the Smiths, and Rockpile as described by the band. However, they also manage to infuse a further 70’s-80’s-oriented sound with hints of the Strokes, Blondie, and at times, the folksy spirit of Fleetwood Mac. Their melodies are at once forward-moving in energy while also as laid back and pleasant as their contemporaries’.
Bing Bong will be performing a very danceable set on the WORTstock Warner Park stage at 3:45 PM.
Check them out on Facebook, Bandcamp, or YouTube, where you can see and hear many videos of the band playing live!